Aeneas was the guy engine

Special Project of the Library of Ukrainian Art

Illustrations by Anatoliy Bazylevich to the poem “Aeneid” by Ivan Kotlyarevsky

From 1798 on, the burlesque narrative poem “Aeneid”, created by prominent Ukrainian writer Ivan Kotlyarevsky, went through many editions. Prominent Ukrainian artists of 20th century illustrated the book. 1936 “Aeneid” was illustrated by Myron Levitsky; 1937 – by Michael Deregus, and 1948 – by John Izhakevich and Theodore Konovalyuk. Some pictures to the poem were made by Heorhiy Narbut.

The most popular version of “Aeneid” is illustrated by Anatoly Bazylevich in 1967. The book was printed in 1968 in the  publishing house “Dnipro”, and re-printed 17 times.

Illustrations by Bazylevich to the “Aeneid” are masterly and extraordinary drawen and transferring the psychological state of poem’s characters, sharp, purely Ukrainian humor and laconic and expressive graphical language. Trojans – in fact, they pictured as Ukrainian Cossacks – do not recognize any victory over them despite of enemy power, nothing can break their patriotic spirit. Illustrations preredayut quite philosophical and ironic attitude to the Ukrainian nation seemingly inevitable, depressing events of his life. The unique identity of the Ukrainian people captured in cheerful, lively images.

Ukrainian Cossacks do not recognize any victory over them despite of enemy power, nothing can break their patriotic spirit

Anatoly Bazylevich has illustrated many works of Ukrainian and foreign writers – “Adventures of the Soldier Schweik” by Jaroslav Hasek, “Pan Halyavsky” by Gregory Kvitka-Osnovyanenko, “Kaidashevs” by Nechui-Levitsky and many others but his illustrations to “Aeneid” were one of the best work in his career and in Ukrainian book art. For this work he received the title of “Honored Artist of USSR”.

Illustrations by Anatoliy Bazylevich to the poem “Aeneid” by Ivan Kotlyarevsky 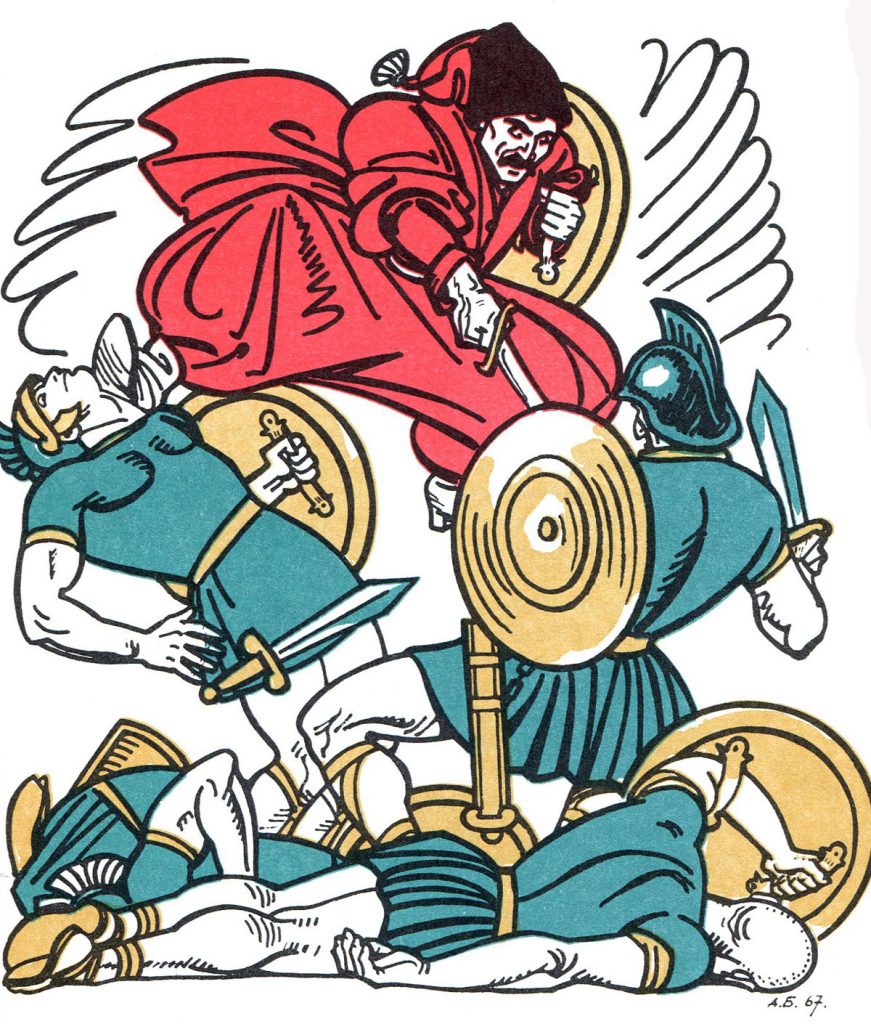 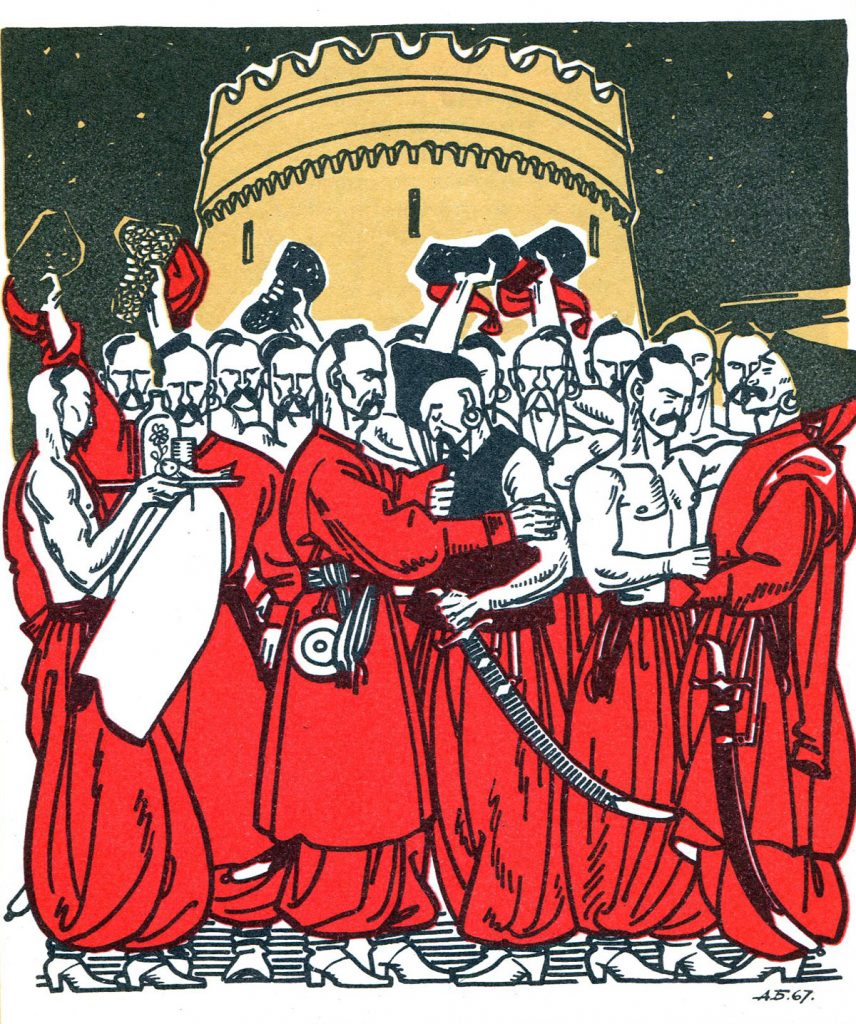 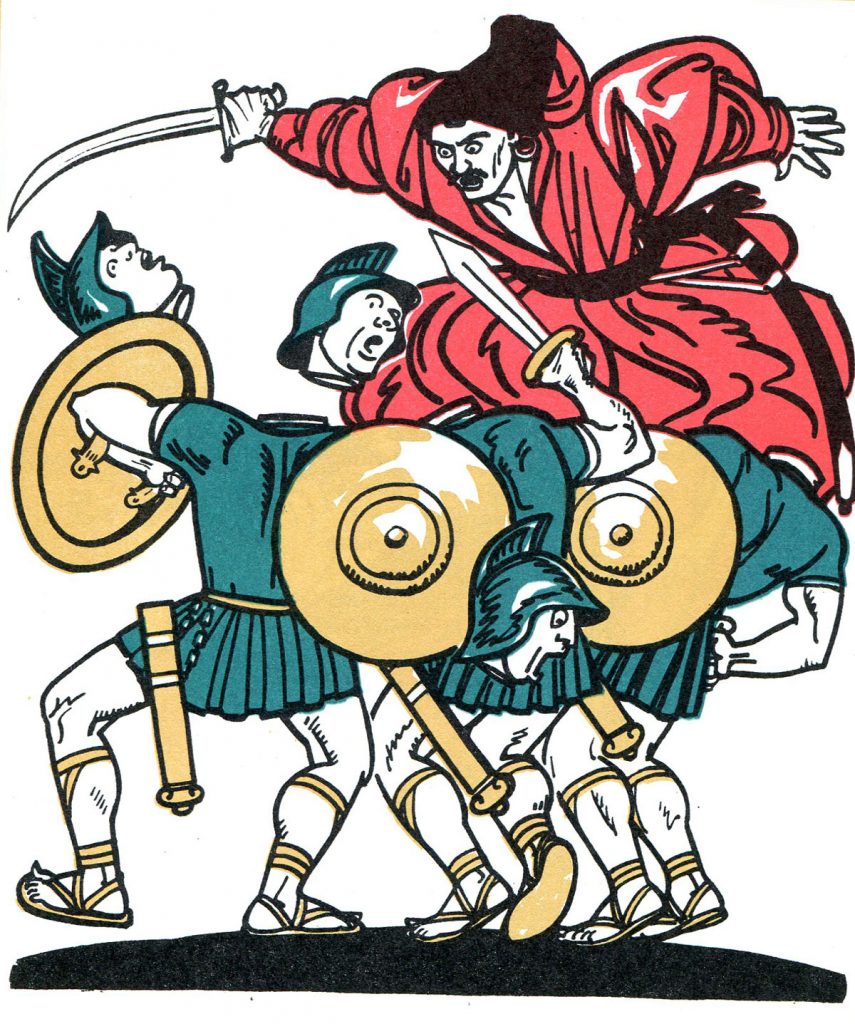 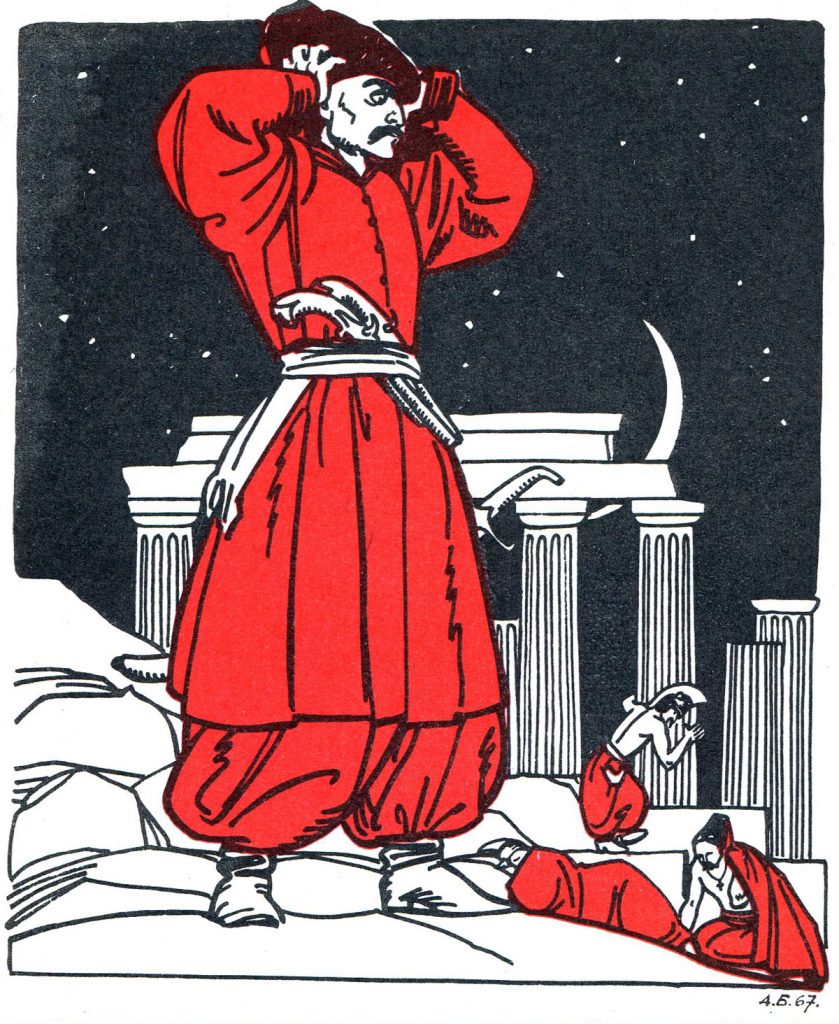 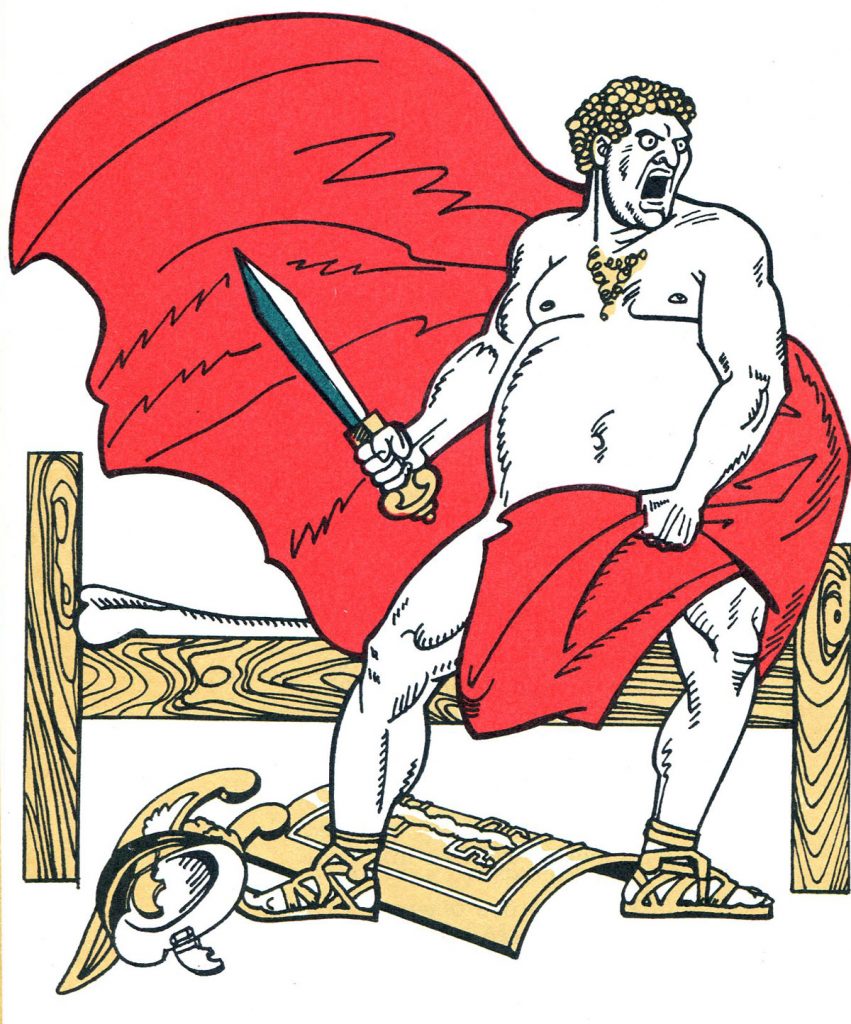 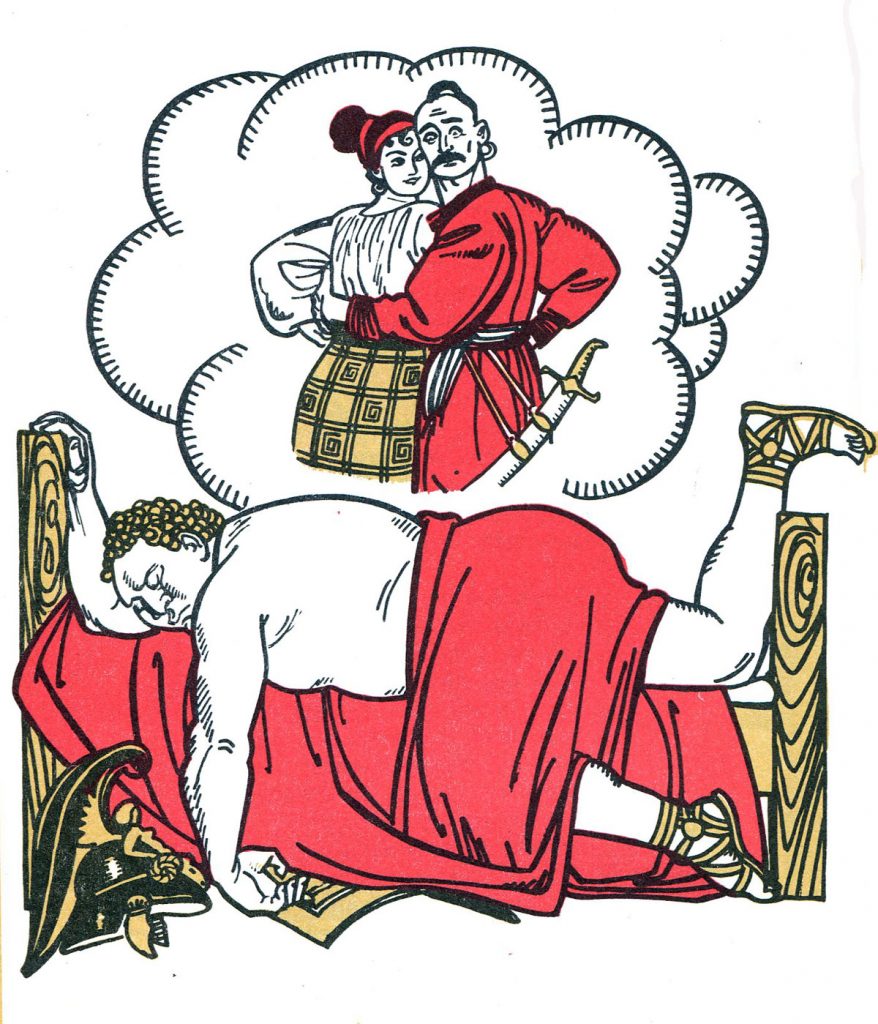 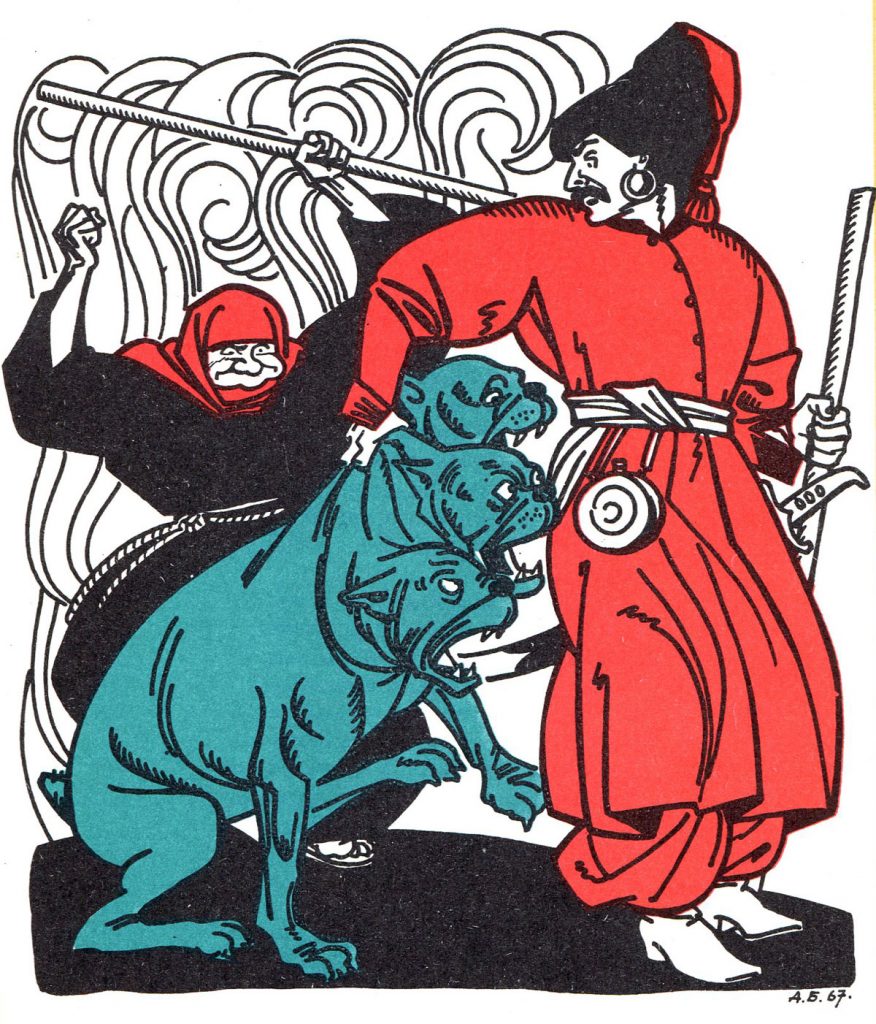 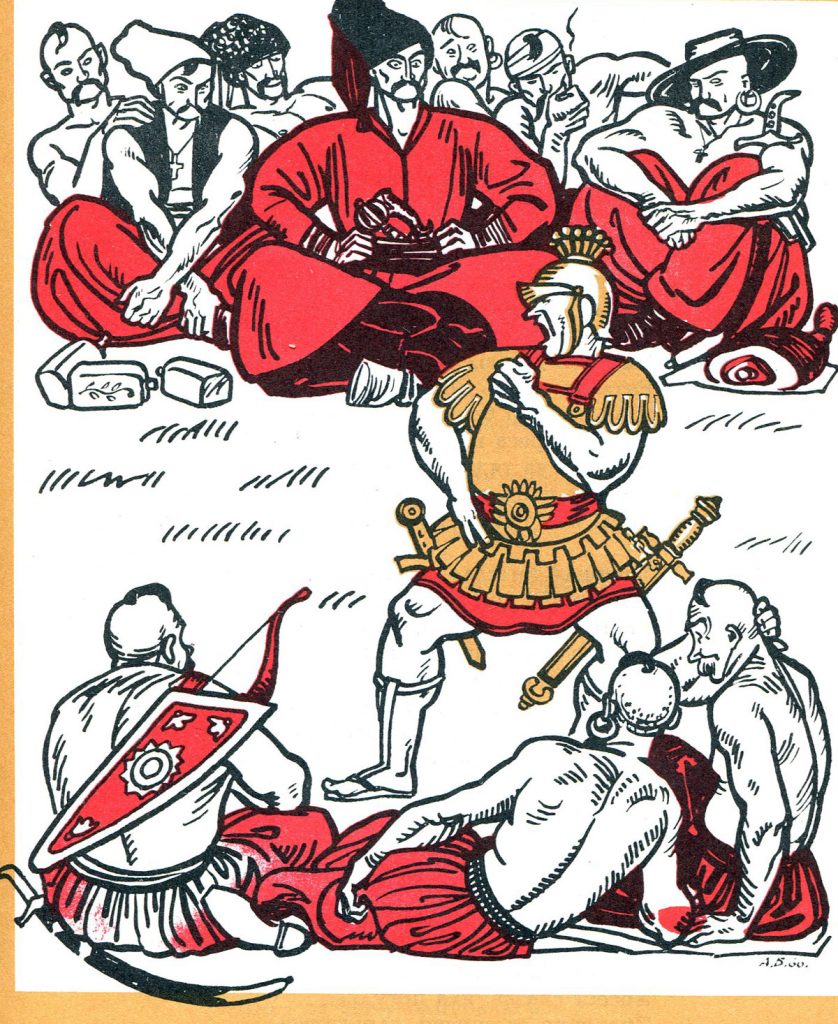 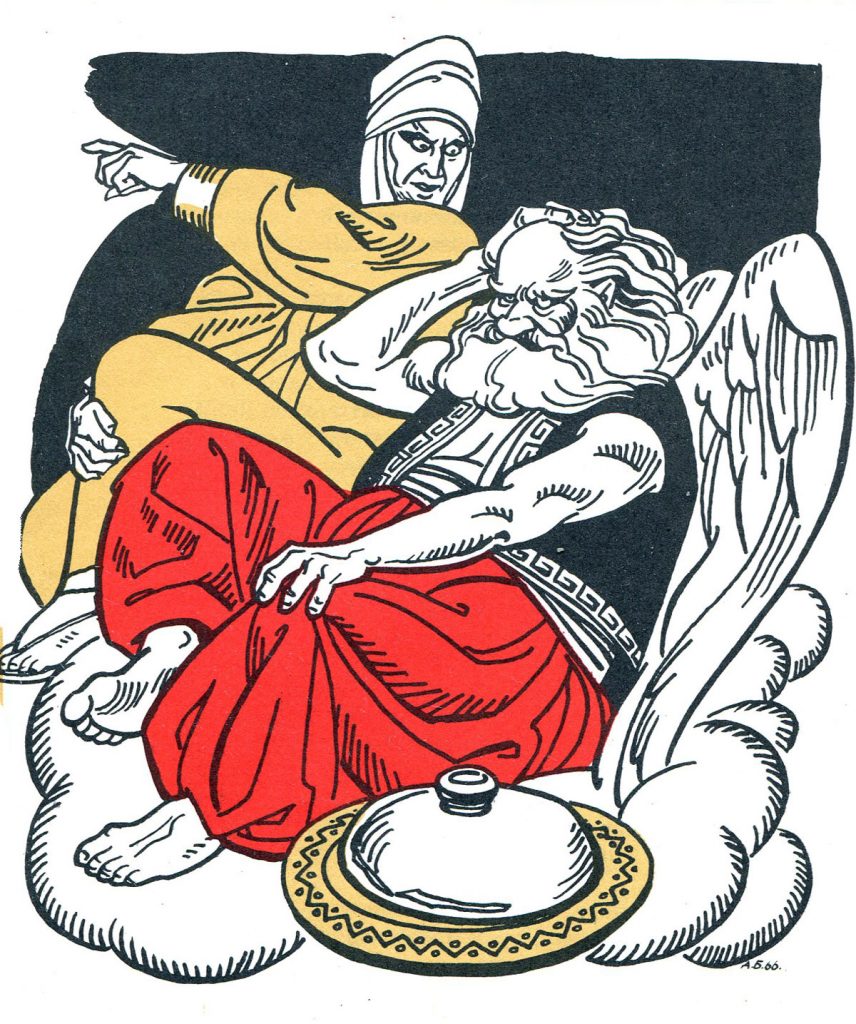 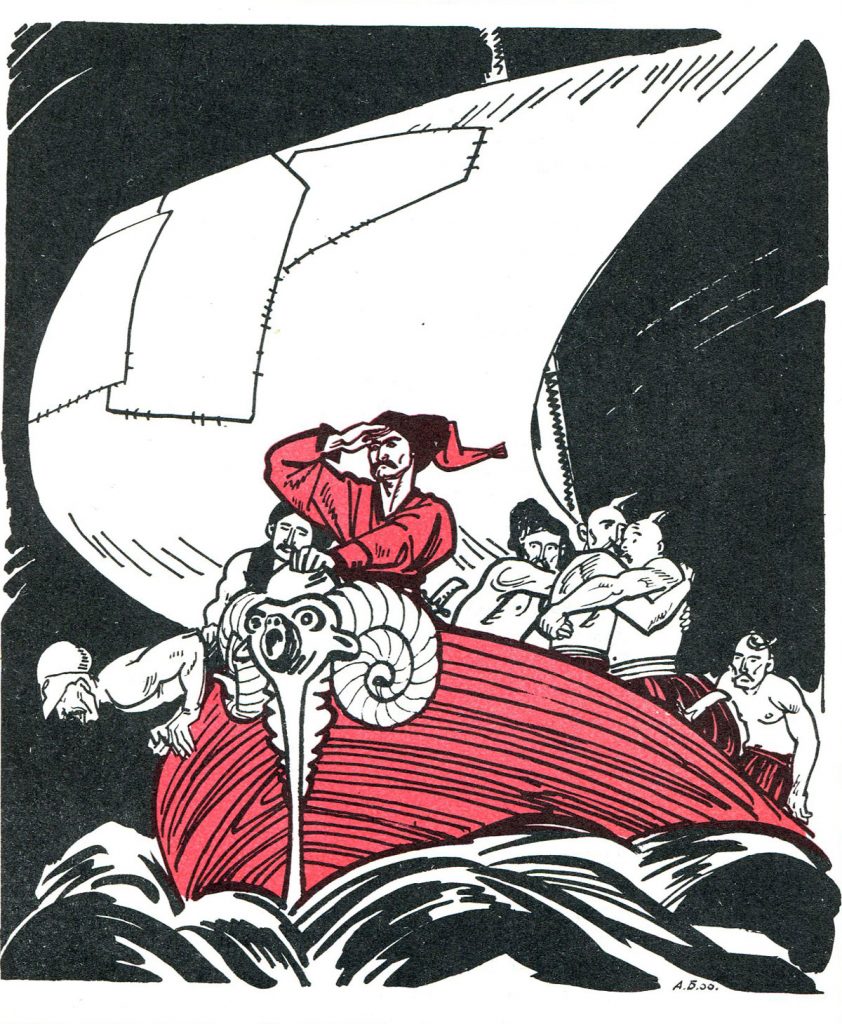